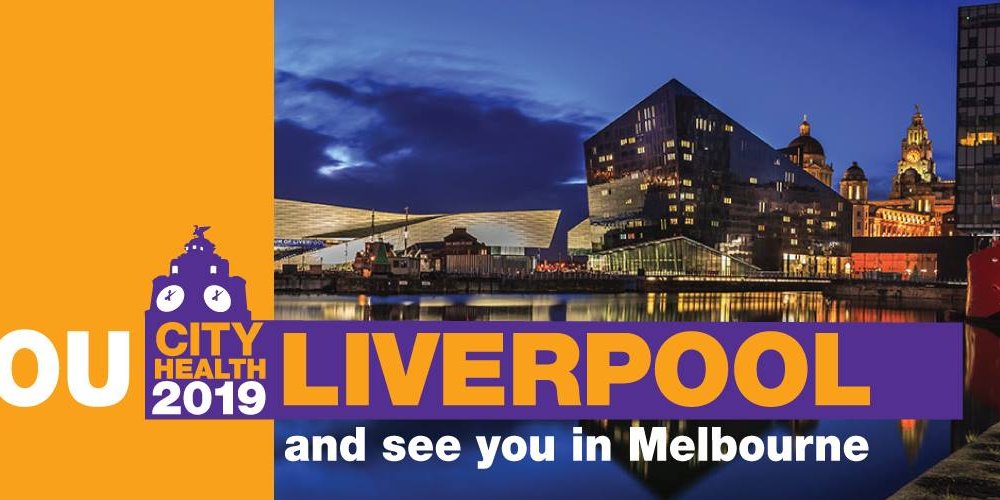 David's blog #34: Doughnuts, Top Trumps, and the Art of Knowing When Not to Do Stuff

Let me start with a big thank you to Liverpool, and especially the team from John Moores University, for another outstanding City Health conference. The impressive surroundings of Liverpool Medical Institute- a monument to the 19 th century’s commitment to science as well as its obsession with ancient Greece- proved to be an ideal venue. It contains a wonderful historic library, a selection of surgical and medical tools that bring a tear to the eye, and portraits of those who have contributed to the development of public health and modern health care, including some rather fearsome looking characters.

Under their steely gaze the 8th City Health Conference provided a wide ranging and mentally stimulating day. While a number of scheduled contributors had to pull out due to ill health, attendees were treated to excellent presentations in plenary and parallel sessions. There were also some very impressive poster presentations (the quality of these improves year on year). Inevitably, everyone will have had their own views on which sessions they found most interesting, engaging, or thought provoking. However, I am sure many will have been impressed by Jim McVeigh’s presentation entitled Public Health – heroes, villains and others. Top Trumps was a popular game when I was a kid. You could compete with your friends to compare everything from buses, to motorcars, to football teams. But I don’t believe anyone has previously considered some of our leading public health figures in this way! Beyond the entertainment aspect, it did allow for a degree of reflection on what really has a positive impact, and who has helped to make the major impacts.

This presentation, and that of Dr Hannah Timpson, also raised the issue of the doughnut effect in cities. Liverpool is far from unique in having seen regeneration create a situation where much of the population is moved out from the centre. In many cases now we see the well-off moving back into City centres, often enjoying riverside redevelopment. Those on lower incomes tend to remain located beyond the ring roads, or in some cases, satellite towns, which often experience many of the problems traditionally associated with urban centres but possess little of their vitality. This was the first time I recall hearing the expression” decanting ill-health”, but it accurately reflects what I have seen in London and elsewhere. Regeneration is vital for cities; it has seen many cities transformed. Liverpool is a great example, but when problems of poverty, and its attendant sins, are moved out of the centre I wonder how much harder it is to attract the resources to tackle the underlying causes? Perhaps we need to start incentivising our urban planners and their colleagues to consider addressing these human issues where they are rather than just moving them to the outskirts or into another municipal area. Regeneration surely needs to be about more than shiny shopping centres and revamped heritage sites?

One of the things that struck me most was the exploration of things that didn’t work and why. And of how well-intentioned actions get in the way of good outcomes. I have been involved in several activities which, in hindsight, it would have been better to have never started. Possibly a topic here for a future blog, but the sage advice I picked up was that sometimes its as important what you don’t do as much as what you do. Certainly, it can sometimes be very hard to resist the demands that “something must be done” when we have yet to really understand or consider the problem before us.

The morning also saw a very moving and powerful presentation, involving a degree of acting, on changes over the last 200 years in terms of support for those with mental health or learning disabilities. Anita Maestri-Banks and Denise Parker deserve great credit for their efforts in reminding us of how often and easily people within these groups are neglected. The presentation is on the City Health website and it provides an interesting perspective on the impact of urbanisation and changes in attitudes.

Other highlights for me included some interesting and innovative practice around reducing the harms caused by alcohol. The work being undertaken in Liverpool to reduce intoxication was especially interesting given the positive engagement of licensed venues in the work. It was a valuable reminder that a pragmatic approach and a willingness to work with other stakeholders can produce demonstrable gains. The work of Sefton Council and the Public Health Institute (part of LMJ) demonstrated that some individuals and areas are acting in response to the record numbers of drug related deaths in the UK. This kind of approach is essential if we are to better understand the steps needed to prevent these tragedies: they are resource intensive, but the rewards are significant.

Violence, trauma, and public approaches are regular media fodder currently, but the presentation by Nikhil Misra was outstanding in proving context and the reality of serious injury. Trauma is the most common cause of death for those aged 1-40 in the UK. For every death two other people will suffer a permanent disability. Gun and knife related injuries were significant problems but so are falls (specific personal learning points include ill-fitting footwear and wandering around at night without lights on), and road traffic accidents. Improving the quality and use of data can be a powerful force to help develop prevention initiatives. A lot here for colleagues in local public health and community safety to consider.

City Health events conclude, just like the Olympics, with a handover to the next host, Melbourne, for City Health Australia over 3rd and 4th October. It is an innovation for CHI to run two conferences in a year, this reflects the global interest in the issues and unique approach to discussion and information sharing that it has developed since 2012. Time to start working on those submissions for presentations and posters!