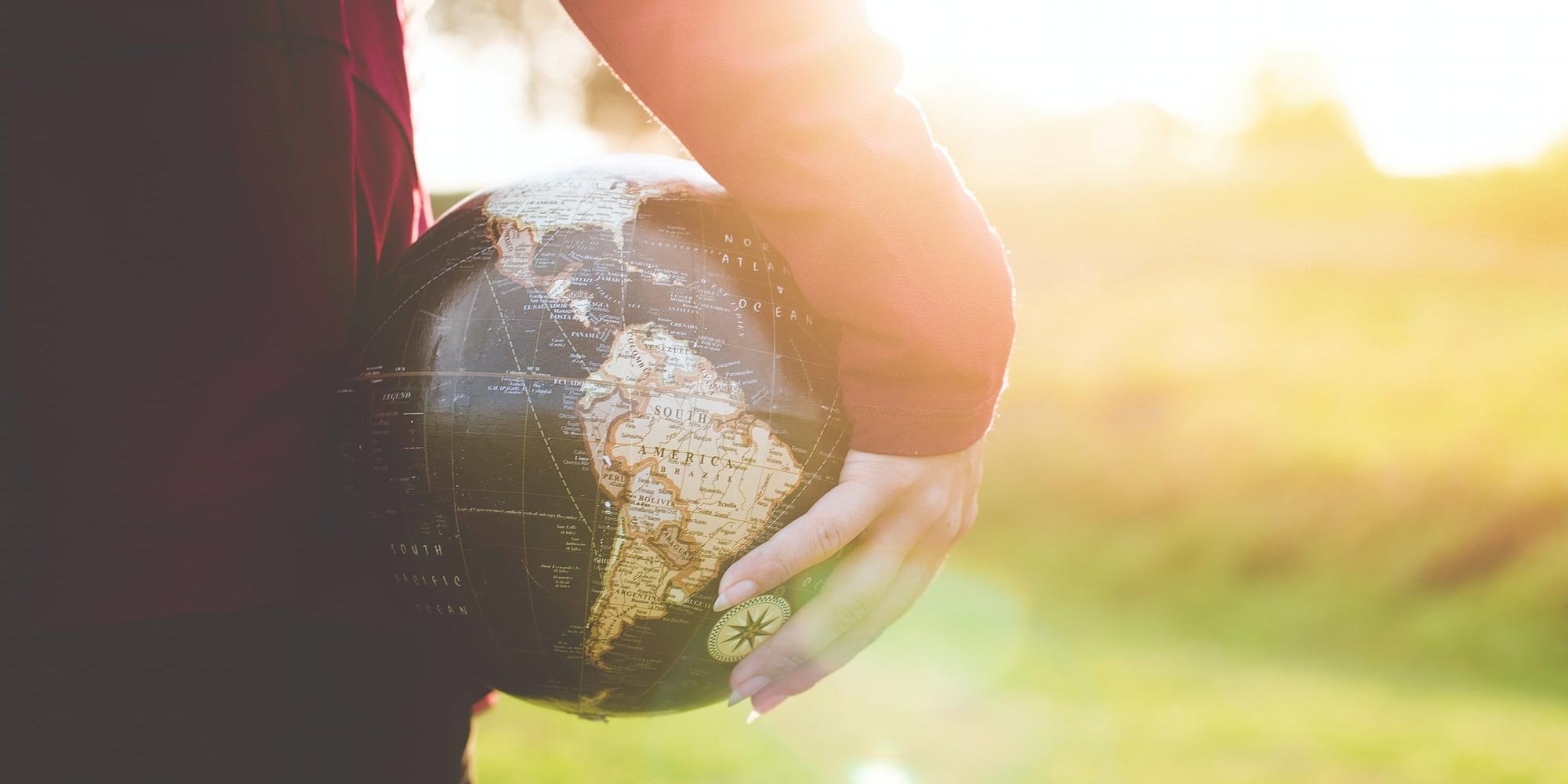 The well-known saying above usually applies when we find we have friends in common with our colleagues, or similar events happen in different places. For those lucky enough to have visited a Disney theme park it will also conjure up a reminder of a ride that most adults barely endure, but whose signature tune stays with you forever – whether you want it to or not.

There is also another sense of the phrase: reminding us that we share the planet and that our actions, or inactions, can have a global impact. It is perhaps this, alongside the traditional jockeying for political and commercial advantage, that has led to the issue of vaccine donation being discussed at the recent G7 meeting, with a number of countries committing to supplying others (especially nations in the developing world) with Covid vaccines. The British Prime Minister is quoted as having said there is no point in having national vaccination programmes if poorer countries are left behind. President Macron is reported to be keen on seeing vaccines delivered to these countries as soon as possible. Without over-indulging my cynical nature too much, it is also worth reflecting that many countries in Europe, and elsewhere, have contracts that will likely see them with a surplus of vaccines.

While not all the various vaccines are yet approved for use, the UK has contracts in place to provide in excess of 400 million doses. So, even allowing for an incredibly successful domestic vaccination programme, boosters, inevitable wastage, and other contingencies, the UK is lively to have 100 million doses spare. There are estimates that Spain will have over 30 million doses it can provide to those in the developing world. Across Europe there will be other countries who find they have surpluses. But the logistics of getting these vaccines - especially those needing special care and storage – to where they are needed presents a massive challenge. There is also an issue of how long countries can wait while dealing with the ongoing impacts of Covid.

Russia has offered 300 million doses of its Sputnik V Covid vaccine to the African Union, with delivery from May. While reading about this, I was struck by the statement that the African Union hopes to vaccinate 60% of the continent’s population over the next three years. That will certainly be a major achievement given the size of population and available infrastructure, but it does provide a stark contrast with the trajectory in much of Europe, where a number of countries will probably achieve greater coverage of their populations by this Autumn. What happens to those who are left behind?

There are, of course, countries outside of North America and Europe who are producing Covid vaccines. India, which has a significant biomedical sector and a strong track record in vaccine production, has provided doses for neighbouring countries while also beginning the task of protecting its own citizens. China is also a major player and has been active in the field of vaccine diplomacy, providing supplies and running trials not just domestically but in the Middle East, Turkey, and South America. Meanwhile in Cuba, which has an impressive, but often overlooked, track record in the development and delivery of vaccines, the Finlay Institute is hoping to develop an effective vaccine which can be used not only domestically, with a target to vaccinate the entire population by the end of 2021, but also across South America. When we consider how much progress has been made in less than a year, these efforts are impressive - the total scale and speed with which vaccines have been developed and trialled are evidence of what can be achieved when we set our minds to a task. But the scale of need and the global inequalities they help reveal are stark. The Duke Global Health Innovation Center has produced data showing this in clear terms. Their data show that Canada, the UK, the EU, the USA, and Australia all have orders that exceed their need. While not every affluent country moved quickly in the market to secure vaccine stocks, it is clear that many used their purchasing power to an extent where they now are likely to have excess capacity, with some now keen to demonstrate their commitment to helping others, or influence, depending on how critical an eye you care to cast over the process.

"Covid did not create the global health inequalities we know all too well, but it has provided a sharp reminder that where you are born has a tremendous impact on access to health services"

The impact of Covid and the responses to it will be a major factor in determining international relations for many years. Covid did not create the global health inequalities we know all too well, but it has provided a sharp reminder that where you are born has a tremendous impact on access to health services. Having major variations in access to Covid vaccines, rollout abilities, and population coverage raises serious questions about the long-term management of this virus and the likelihood of new variants and outbreaks. The moral case for assisting those living in less privileged countries is powerful, but I suspect it is self-interest that will drive action.

However, this may provide opportunities for NGOs and other organisations to expand activity beyond the Covid sphere, to help address many other global issues, including those linked to non-communicable disease. The developed world does often have huge advantages in terms of access to vaccines and medical treatment. Proven harm reduction approaches - including those dealing with drugs, alcohol, and tobacco – tend to be concentrated in wealthier regions. Covid could provide an opportunity to build links and provide support globally. Let’s see if we can show that, when it comes to helping improve health and the quality of people’s lives, it is indeed a small world.